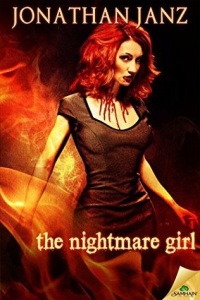 Another top-notch offering from Jonathan Janz. The opening scene of The Nightmare Girl ranks right up there with Gage getting hit by the semi in Pet Sematary as one of the most gut wrenching moments in horror fiction for any parent to visualize. When Angie is losing it at the gas station and beating the hell out of a defenseless toddler, Janz succeeds in making the reader see red. Immediately, I loathed and despised the white-trash mom. I wanted to reciprocate the beatings she was dishing out and then I realized “It’s just a story”. Thats powerful stuff.

The tale then unfolds to reveal the chain of events that happen to Joe and his family for stepping in at the gas station that day. It is revealed that Angie and her mom are more than bad news. When CPS takes away her child due to her abuse, she brings down a whirlwind of hell on the crowd of people that stepped in that day. She also saves the worst for Joe. You see, Angie wasn’t just some pile of ordinary white-trash. She and her mother are a part of a cult full of lunatic fanatics and they are hell bent on making Joe and everyone he loves pay for what he did.

Janz succeeds in creating tension filled scenes one after another culminating in a blood bath at the end. The villians in The Nightmare Girl are some of the best I’ve read in quite some time. You immediately can’t stand them. There’s no gray area here. You want to see them pay and pay dearly. With that being said, the only downside that I saw was Joe’s wife. I really had a hard time feeling sympathetic for her. She seemed like she was way too much high maintenance and I found Joe to always be kissing her ass when he really should’ve been standing up for himself. But, that’s just a small thing for me and really didn’t detract from the wonderful and POWERFUL story Janz creates here. Be ready to have your emotions super-charged when you read The Nightmare Girl. Good stuff!

4 1/2 out of 5 stars
You can also follow my reviews at the following links: